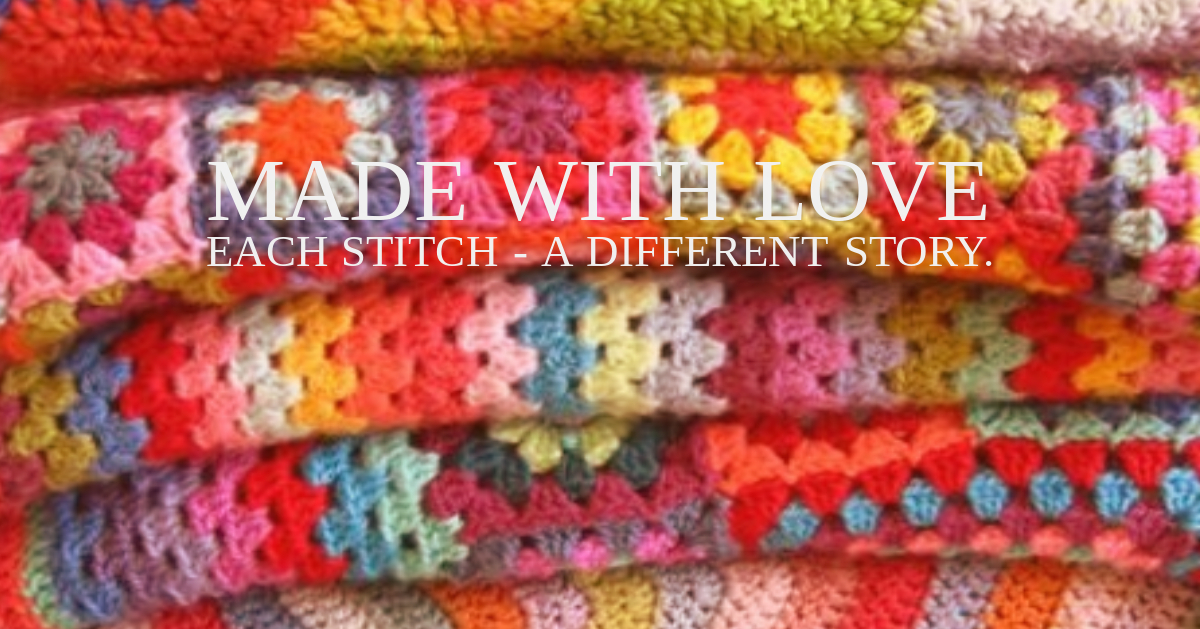 Nelson Mandela would have turned 100 this year on July 18. The collaborative 67 Blankets for Nelson Mandela Day in Germany project aims to celebrate his life and legacy by bringing people together, striving to make the world a better place for everyone, and making colorful blankets and scarves to spread love — one stitch at a time.

Obviously this would be impossible for her to do alone, so she reached out to friends to help her make blankets for the needy. As a result, the 67 Blankets for Nelson Mandela Day grassroots initiative was born. The response to this call to action was enormous. They exceeded the challenge of 67 blankets by at least 6,000!

Since then, the 67 Blankets movement has expanded to other countries on four continents.  And now we are just getting started in Bonn, Germany’s UN city.

Since 2010, the United Nations and the Mandela Fourdation Mandela Foundation ask people all over the world to mark International Nelson Mandela Day on July 18 — the day Nelson Mandela was born — by making a difference in their communities.

The day is meant to inspire people to volunteer at least 67 minutes of their time in recognition of Mandela’s 67 years of public service. The Mandela Day motto is: Take Action. Inspire Change. Make Every Day a Mandela Day.

Let get your creative self go wild! If you like, you can draw your inspiration from Mandela’s life and values, the African Ubuntu philosophy, the 17 sustainable development goals of the United Nations or the colors of a rainbow.

This community-driven Mandela Centennial project is a joint initiative by Bonns Fünfte Secondary School, Bonnections, the Salvation Army, the Tannenbusch House, artists and members of the African diaspora community.

You can join twice the week (Tue & Thu, 4 – 6 pm) an open Knitwits for Madiba meet-up group with coffee & tea at the encounter café in Old Town. The squares, blankets and scarves can be dropped off during the regular opening hours or events at:

Donations of yarn, crochet hooks and knitting needles are also warmly welcome. The hook size should be no bigger than 6 mm.

Can people outside of Bonn also participate in this 67 Blankets project?

Yes, you can! You can either send your finished blanket or scarf (no squares please!) with your name and address via mail to the Tannenbusch House (Oppelner Str. 69, 53119 Bonn) or launch your own “Knitwits for Madiba” group in your town or region.

What are you going to do with the blankets and scarves in the Mandela Centenary year?

The first blankets and scarves made will be displayed on July 1st along with a colorful arts tepee at the KLASSiK!PICKNICK concert at the Kunstrasen and in a #WalkTogether Mandela100 Week of Climate & SDG Action (July 18-25) at other locations around town.

(Editorial Update 7/6/18: The arts tepee will be set up at the Bonn Camp, Aug. 3- 10, of the Bonn youth movement at the Poppelsdorfer Allee.)

The Simple Minds, who wrote the Mandela Day Day song in 1988 for the legendary Nelson Mandela 70th Birthday Tribute Concert in London as an expression of solidarity for the then imprisoned Mandela, are going to perform in Bonn on July 25.

Over the following months, the blankets and scarves will be exhibited at various Mandela centennial and intercultural events, including a Mandela100 South Africa Fest at Bonns Fünfte and the OneWorld Festival in November.

Bonns Fünfte Secondary School is launching in the Mandela centenary year a new school exchange program with the Ndyebo Senior Secondary School, a Township school located in Port Elizabeth in the Nelson Mandela Bay Municipality. Members of the school delegation (3 students, 2 teachers, 1 parent) who flew to South Africa last month say they were overwhelmed by the hospitality and heartfelt welcome they have received.

The school wants to give the South African teachers and students, who will visit Bonns Fünfte for the first time this fall, a warm welcome with a colorful rainbow made of blankets and scarves.  MP Ulrich Kelber (SPD) supports the school and 67 Blankets project as a goodwill and goodwool ambassador.

The project activities are also aimed at renewing the Nelson Mandela legacy in Germany, one of the first places Mandela visited on his release from prison. (“Renewing the Mandela legacy and promoting active citizenship in a changing world” is the theme of the 16th Nelson Mandela Annual Lecture that Barack Obama will deliver on July 17 in Johannesburg.)

Mandea visited Germany’s former capital in June 1990, only four months after his release from prison. He was invited to Bonn by former chancellor and Nobel peace laureate Willy Brandt as the then president of the Socialist International. Brandt hosted a reception for Mandela on June 11, 1990 at the Hotel Maritim, where he was enthusiastically welcomed by thousands of people.

When the apartheid fighter became South Africa’s president four years later, he said in his inauguration speech: “We enter into a covenant that we shall build the society in which all South Africans, both black and white – will be able to walk tall. A Rainbow Nation at peace with itself and the world.”

Mandela returned to Bonn in May 1996 as a statesman. In his inspirational adresss to members of the Bundestag (German parliament), he thanked for the solidarity in the struggle against apartheid and acknowledged “the sacrifices of ordinary German working people and professionals, poets and writers, politicians and religious leaders, and many more, who made it possible that we could stand here, proud representatives of a truly African Rainbow Nation, to proclaim to the echo of the valleys and hills of Europe, that we are free at last!”

To mark the fifth anniversary of Nelson Mandela’s passing on December 5th, all blankets and scarves made will be distributed to local charities in early December.

Why are you collecting scarves in addition to the blankets?

Three years ago, 67 Blankets started in South Africa the Secret Scarves Shhh… (#SSS) initiative which takes place every July during Mandela Month. Thousands of volunteers have taken up the challenge to knit scarves and leave them in public places for those in need.

This year, in commeration of Mandela’s 100th birthday, they are on a mission to create a 27 km long scarf, one kilometer for each year that Nelson Mandela spent in prison. This is also an attemplt to break a Guinees World Record by creating the world’s longest scarf.  The #27kmScarf will be on display on July 29 at the Mandela Capture Site in Howick, KwaZulu-Natal. Mandela was  arrested on August 5, 1962 on charges of leaving the country without a passport and calling on workers to strike.

What size should my finished blanket or scarf be?

Carolyn Steyn and goodwool ambassabor Josina Machel, a step-daughter of Nelson Mandela, speak in this video about the genesis of 67 Blankets for Nelson Mandela Day. Stitch by stitch the movement promises to keep people warm this winter in the name of Nelson Mandela, whose legacy lives on in each blanket produced.