Home Blog #Act4SDGs – CITIZENS IN BONN AND AROUND THE GLOBE CALL ON WORLD... 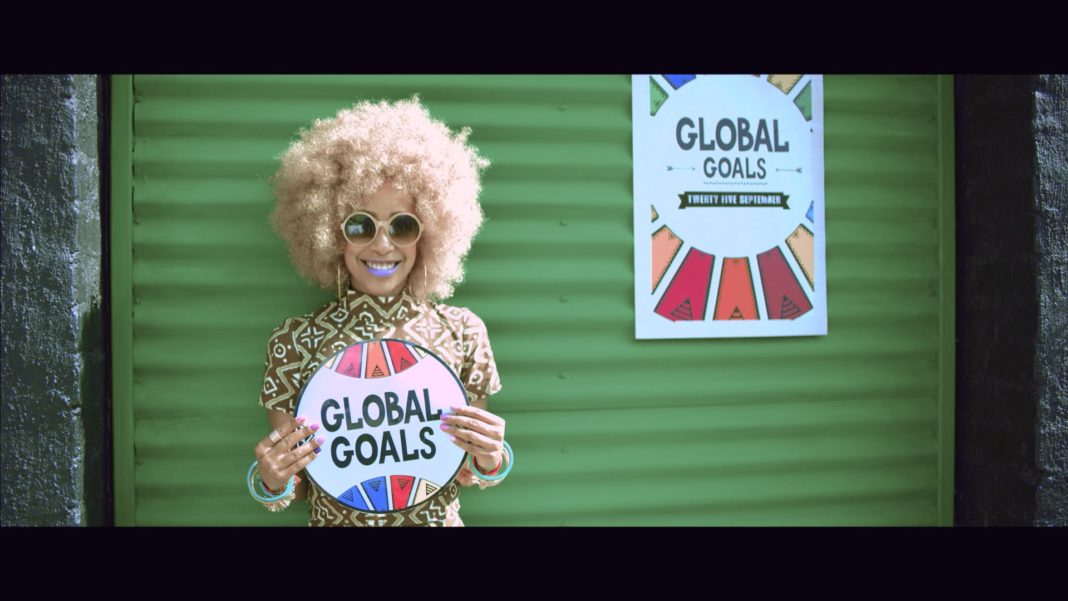 Today, on the occasion of the second anniversary of the Sustainable Development Goals, the Bonn-based UN SDG Action Campaign Office is calling for actions across the globe to create awareness and tell our world leaders how they are performing on their commitment made on the 2030 Agenda.

Through the “We the People” ACT4SDGs campaign thousands of citizens around the world, including in Bonn, will join together around the anniversary in hundreds events to highlight local realities and hold their governments accountable.

More than 834 actions across 109 countries have been registered. Photos and videos tagged with #Act4SDGs are collected and showcased in real-time on this website.

On 25 September 2015, 193 governments agreed to a definitive plan for the planet and its people by adopting 17 Sustainable Development Goals. The SDGs are a universal call to act on the challenges our generation face, such as rising inequality, distressed migration, increasing conflict, sabotage of democratic rights of people over the natural resources, spread of fundamentalism and terrorism, manifestation, and the rise of nationalism.

Several Bonn-based UN organisations, NGOs and local initiatives are participating in the SDG Day of Action through online advocacy and several offline events.

Over the next weeks, Bonnections will be collecting Humans of MYWorld testimonials and  MY World 2030 survey responses from local residents to measure progress and shortfalls in SDG achievement.

In March, we already started a series of monthly outreach events to spread the word about the 17  Sustainable Development Goals and bring together local and global actors and change makers.  The participatory events are free of charge and include film screenings, discussions, readings and other creative gatherings.

Last week’s PeaceDay evening with intercultural poetry and storytelling, for example, highlighted SDG16 (Peace, Justice & Strong Institutions) and the global UN #JoinToether campaign to engage and mobilize people to show support for refugees and migrants and remind us of our common humanity.

The next GreenDrinks Meetup on Oct. 3rd (Day of German Unity) will focus on SDG13 (combat climate change and its impacts) and local climate action outreach activities in conjunction with the UN climate conference COP23 in Bonn in November.

GreenDrinks Bonn is a new informal monthly gathering of people who are interested in sustainability and environmental issues and a joint initiative by Unity Effect e.V.. Bonnections, the Tannenbusch House and the Bonn Energy & Environment Roundtable (BEER). The meetups are held every first Tuesday of the month (7-9 PM) at different venues and part of the global Greendrinks International network.

The October GreenDrinks at the Tannenbusch House (Oppelner Str. 69, 53119 Bonn) will include a community screening of the documentary film “Beyond the Red Lines – System Change, not Climate Change” followed by a discussion with KlimaCamp Rheinland participants and sharing of ideas on how to accelerate transition to 100% renewable energy at grassroots level.

Produced by Cine Rebelde, the film portrays three initiatives in Germany, France and the Netherlands before and on the streets of Paris during the 2015 UN World Climate Summit, including Ende Gelände protesters at the RWE mine in Rhineland, the deepest coal hole and largest source of CO2 emissions in Europe. Here’s the trailer.